As an undergrad student in UCLA, I was a member in a student cultural organization called Nikkei Student Union (NSU), that promotes the Nikkei (Japanese American) culture and community. Also, I was in a sub-group traditional dance team called NSU Odori.

Since I was studying design, I wanted to gain more graphic design experience outside of the classroom by designing shirts and jackets for these groups. I produced creative and unique designs through my interest in Japanese/Japanese American culture.

The examples below are my best personal designs.

I was inspired by the "daruma" Japanese traditional doll which has an iconic shape and design. Instead of a bearded man with a red body, I made the daruma into a blue Bruin bear. Also I incorporated small illustrations in the body to represent Japanese/Japanese American culture, UCLA culture, NSU sub-groups, and NSU events. 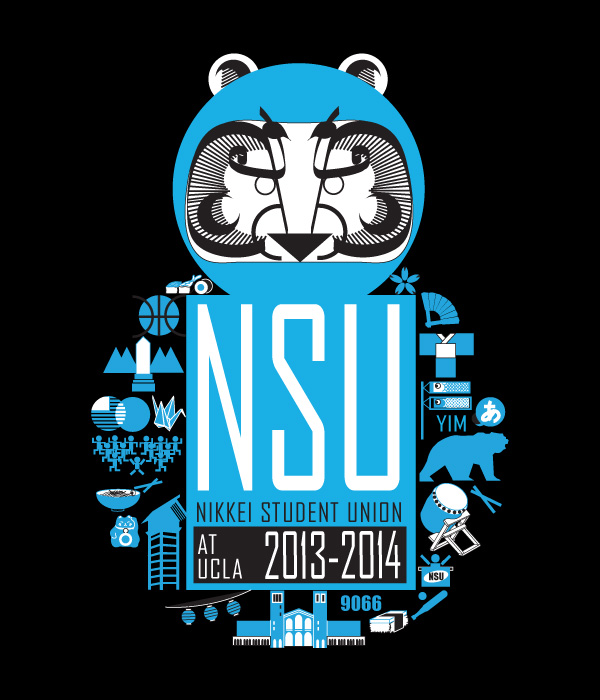 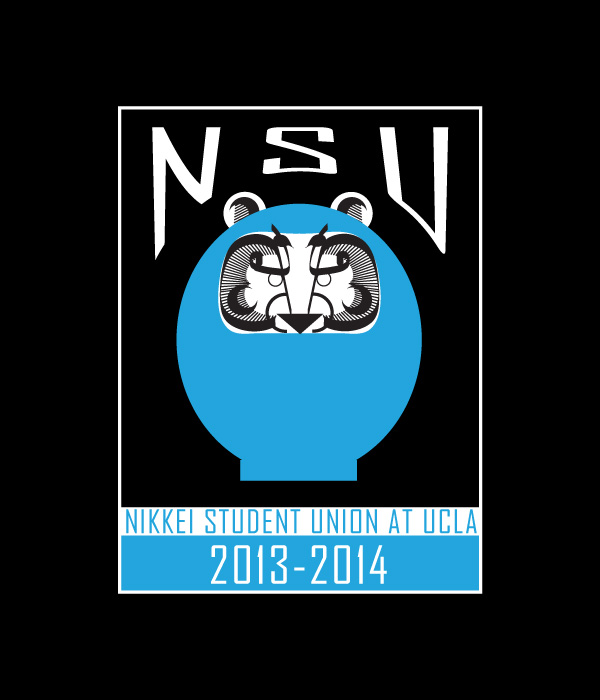 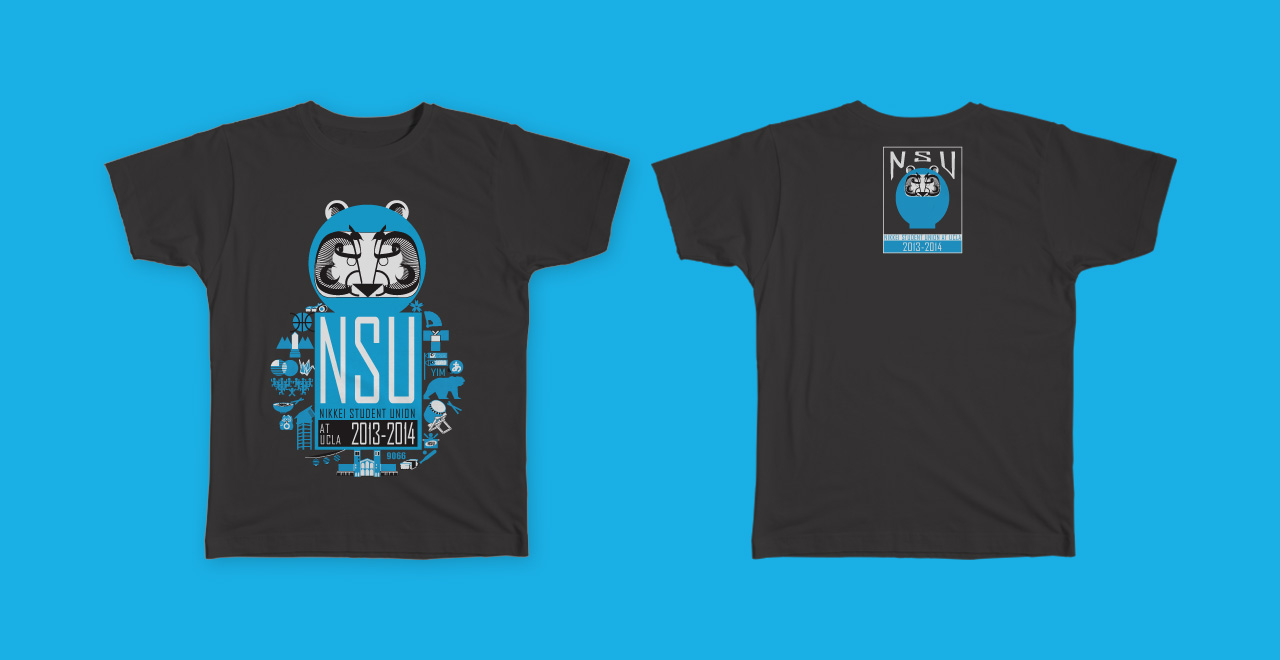 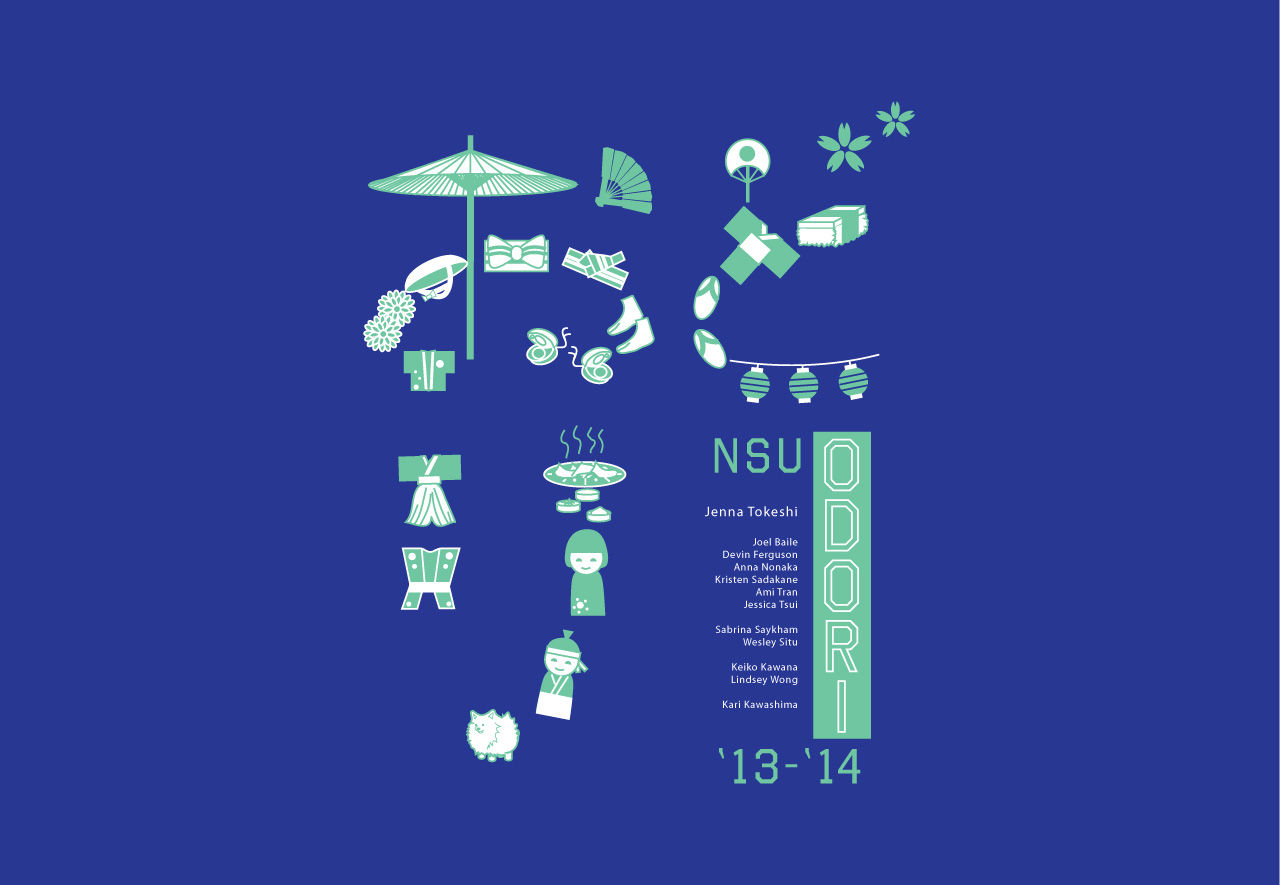 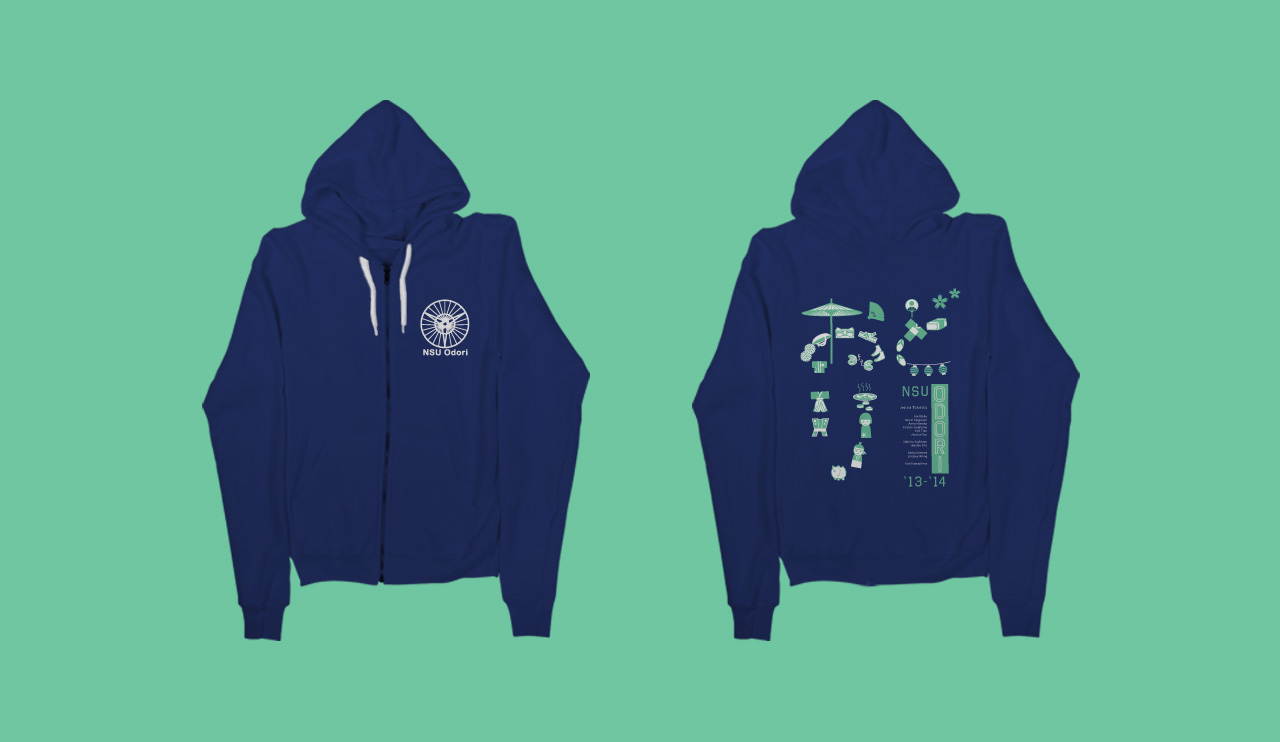 The design is based on the duality of the Japanese American experience - identifying as both Japanese and American. The top has silhouette illustrations of the Los Angeles landscape with UCLA, Hollywood, Downtown Los Angeles, Little Tokyo and palm trees. The bottom has illustrations of Tokyo, Japan with Tokyo Tower, Tokyo city landscape and cherry blossom trees. NSU is a diverse group of individuals who can identify as Japanese, American, Japanese American or any cultural group, but we share the common interest in learning our culture. 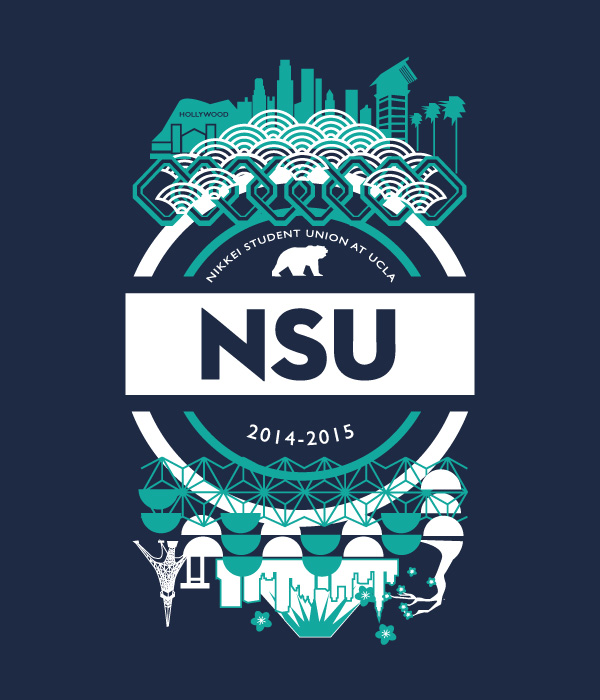 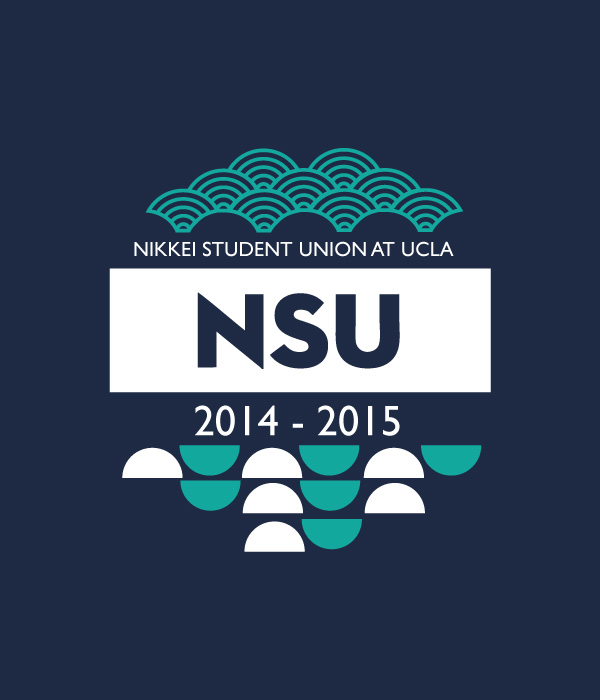 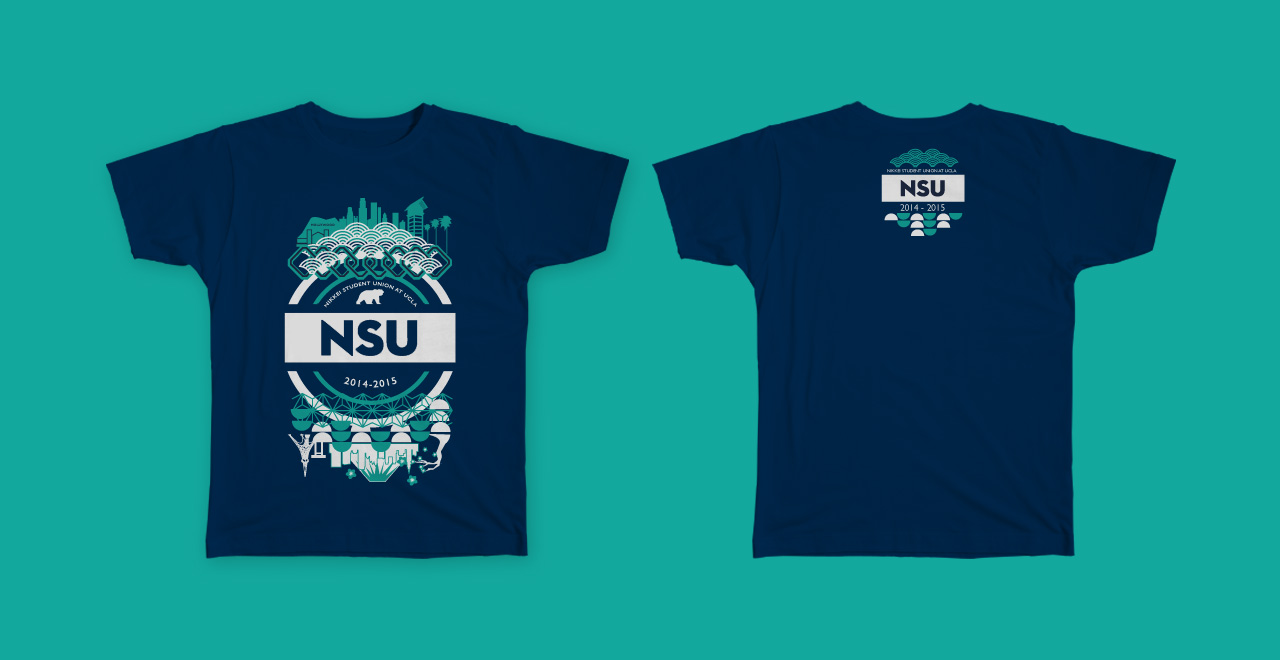 I was inspired by graphic design examples with typography intertwined in flower arrangements. NSU Odori uses cherry blossoms as props and dance motions in their performances, so I wanted to highlight the flowers in the design. 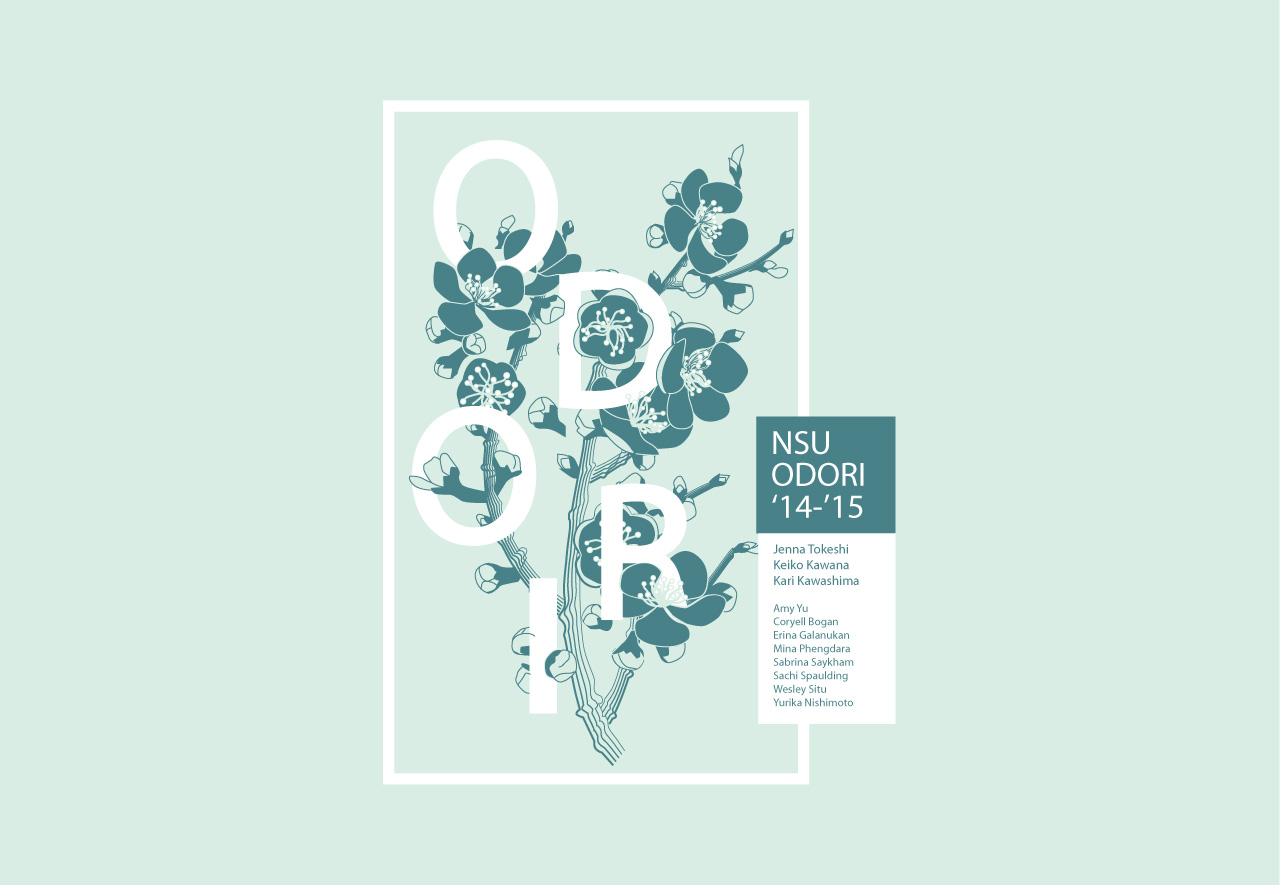 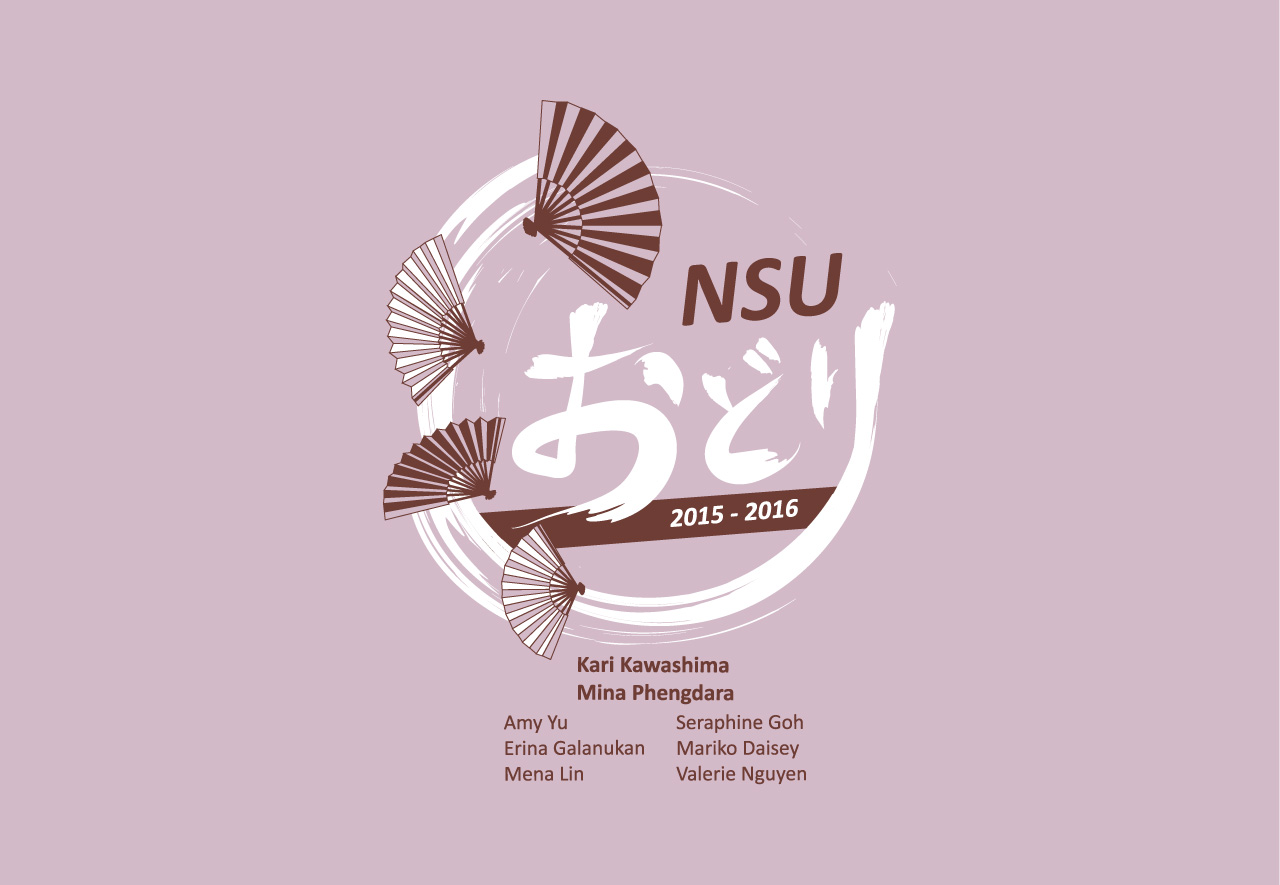 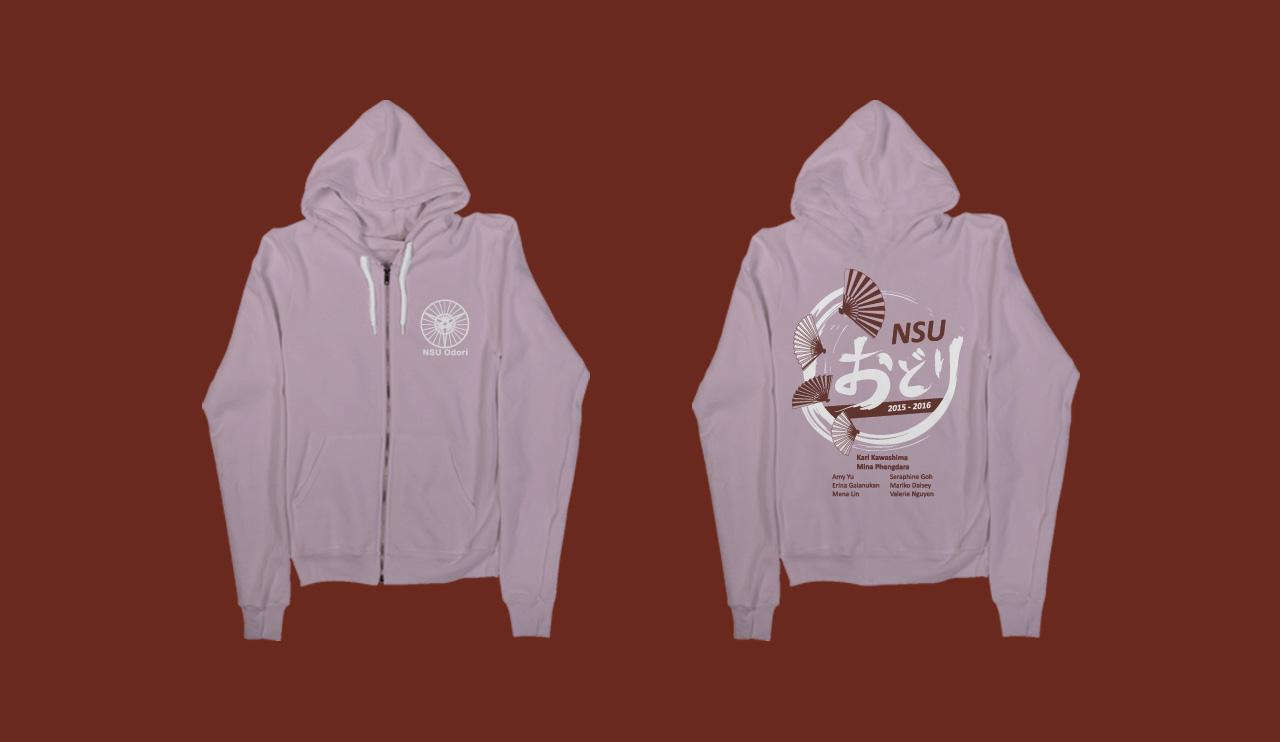