As a Senior undergraduate I was required to take Senior Project classes which provided a capstone experience for the major and then culminated in the Senior Show in June. The Senior Project class gives students the opportunity to direct their own project based on individual skills, interests and professional goal. For 10 weeks, students work closely with faculty on their individual project. These projects went through thorough research, conceptual development, prototype development, refinement and production.

This Senior Project class focused on interactive media such as game design, dynamic website, interactive installations and more. It was required to take 2 Senior Projects classes and this was my final class before graduating. I chose to do interactivity and games again.

For my Senior Project, I chose to design a video game called "War in Heaven," inspired Milton's "Paradise Lost" and the Angelic War between God and fallen angels.

I saw a program on the NHK (Nippon Hōsō Kyōkai) channel about art exhibits in Japan. I was inspired by teamLab's ingenious and unique interactive installations. People can further appreciate an artwork when they are immersed in it. Despite the coding challenges, I wanted to do my final project on something more advanced and out of my comfort zone.

Link to "A Table where Little People Live" 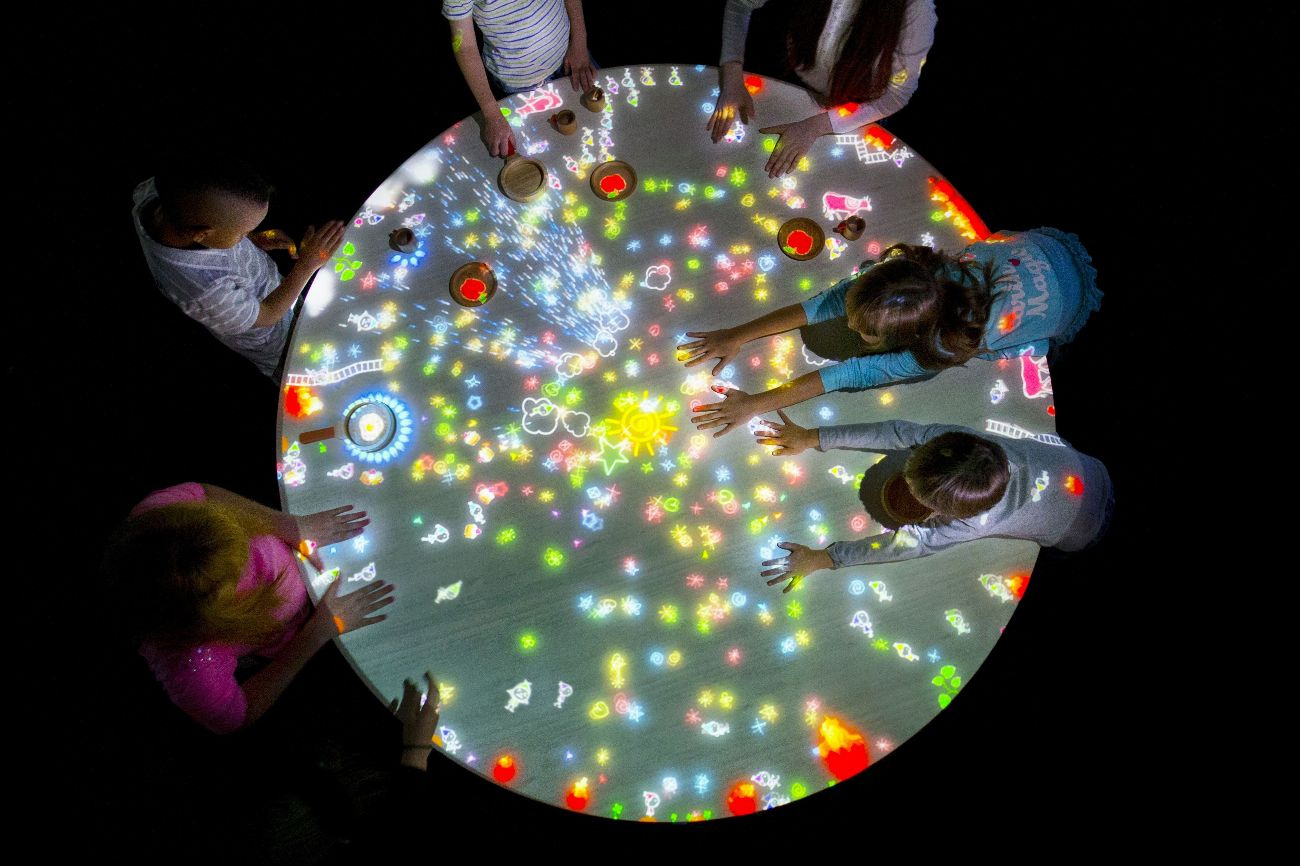 "Paradise Lost" is an epic poem by the 17th-century English poet John Milton. The story is retells the story of Satan in his perspective and how he led to the Fall of Man.

The poem references an Angelic War over Heaven recounted from different perspectives. The battles between the faithful angels and Satan’s forces take place over three days. At the final battle, the Son of God single-handedly defeats the entire legion of angelic rebels and banishes them from Heaven.

As an assignment for a high school literature class, we analyzed how Milton's poem characterizes Satan as the protagonist and fallen hero. Despite being labeled as the root of evil, Milton flips over the classic biblical story and describes Satan's tragic downfall similar to a Greek hero. I was inspired by the story's themes, symbols, metaphors, and characters to illustrate this thought-provoking story.

Since the narrative of my game is based on a Christian story, it seemed fitting to make the art style similar to a Medieval art.

Medieval art subjects were mostly based on the Bible and some artwork was the Bible itself as illuminated manuscripts. At the time, monks hand-printed bibles and some had elaborate and intricate typography designs and illustrations. Although Early Christian art wasn't always realistic, the artwork was expressive and filled with religious meaning.

HappyFunTimes is a system for making 10-100+ local multiplayer games and installations. People can participate in the game using their smartphone by going to a webpage provided by the game. The webpage lets them use their phone as a controller and 4 or more people able to play at the same time. The system can be used through Unity3D and projected on to large installations.

I learned about this tool through an Advanced Game Design class from the previous quarter. I wanted to use HappyFunTimes for this Senior project and explore more possibilities. 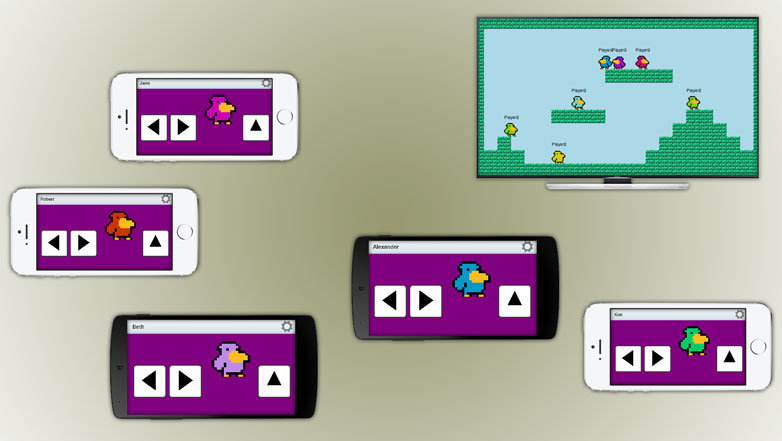 OpenCV is a library of programming functions mainly aimed at real-time computer vision.

I used the Contour library which allows the webcam to detect and find objects and draw outlines/shapes of those objects. This tool was important to simulate teamLab's technology and production.

Unfortunately the webpages of these resources and examples don't exist anymore. 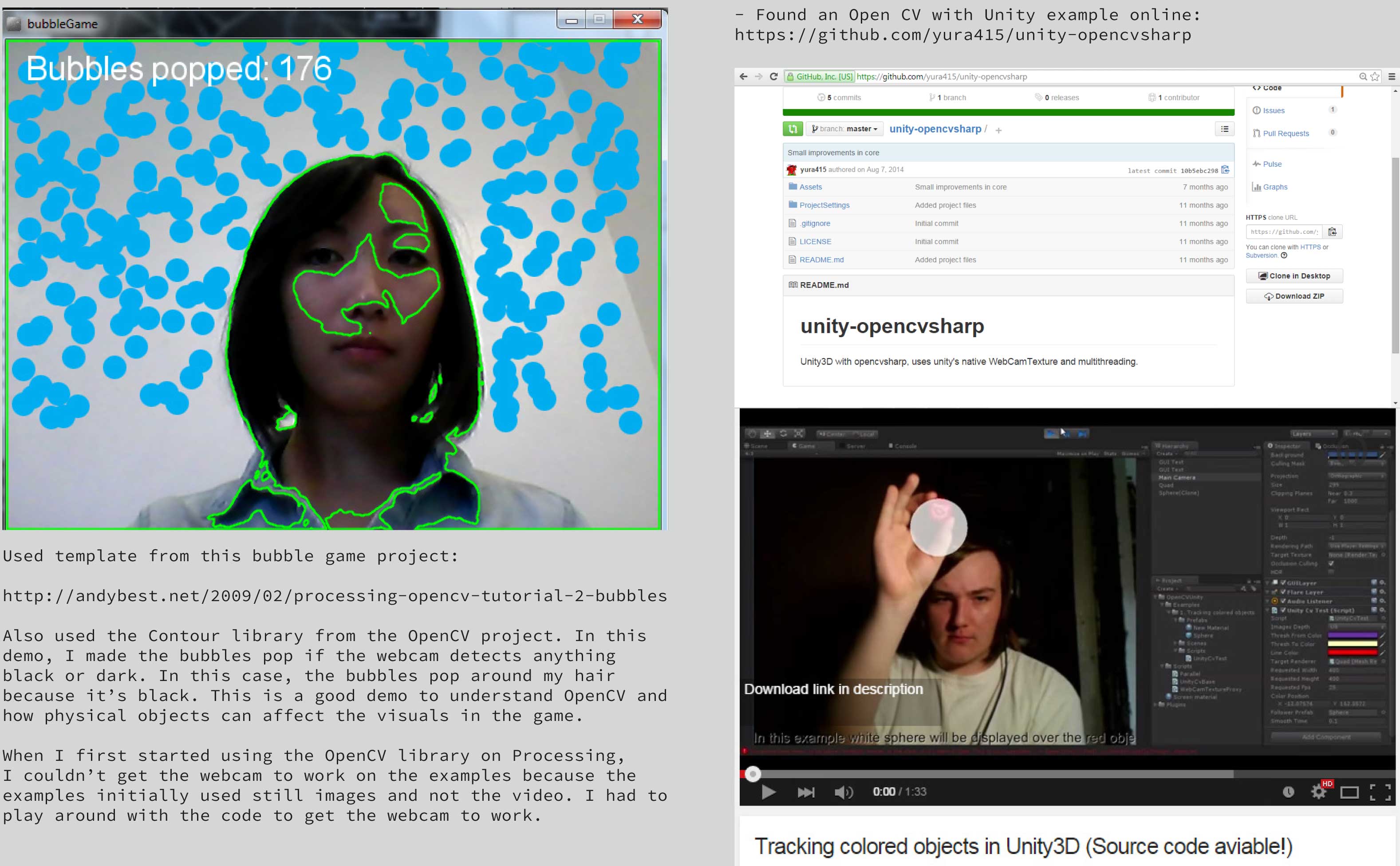 The game was designed through Unity3D with an integration of OpenCV and HappyFunTimes. I worked closely with the DESMA faculty to integrate everything seamlessly.

Everything in the game was custom designed—character design, animation sprites, game design, coding, and even the table top.

The class had a end-of-the-quarter presentation of everyone's Senior project. For my presentation setup, I had a projector with a webcam attached installed from the ceiling and facing towards the ground. The projector projected my game while the webcam was able to detect objects placed on the table. I also installed an extra router to enhance the wi-fi connection for running HappyFunTimes. It was an intricate setup for a successful presentation. 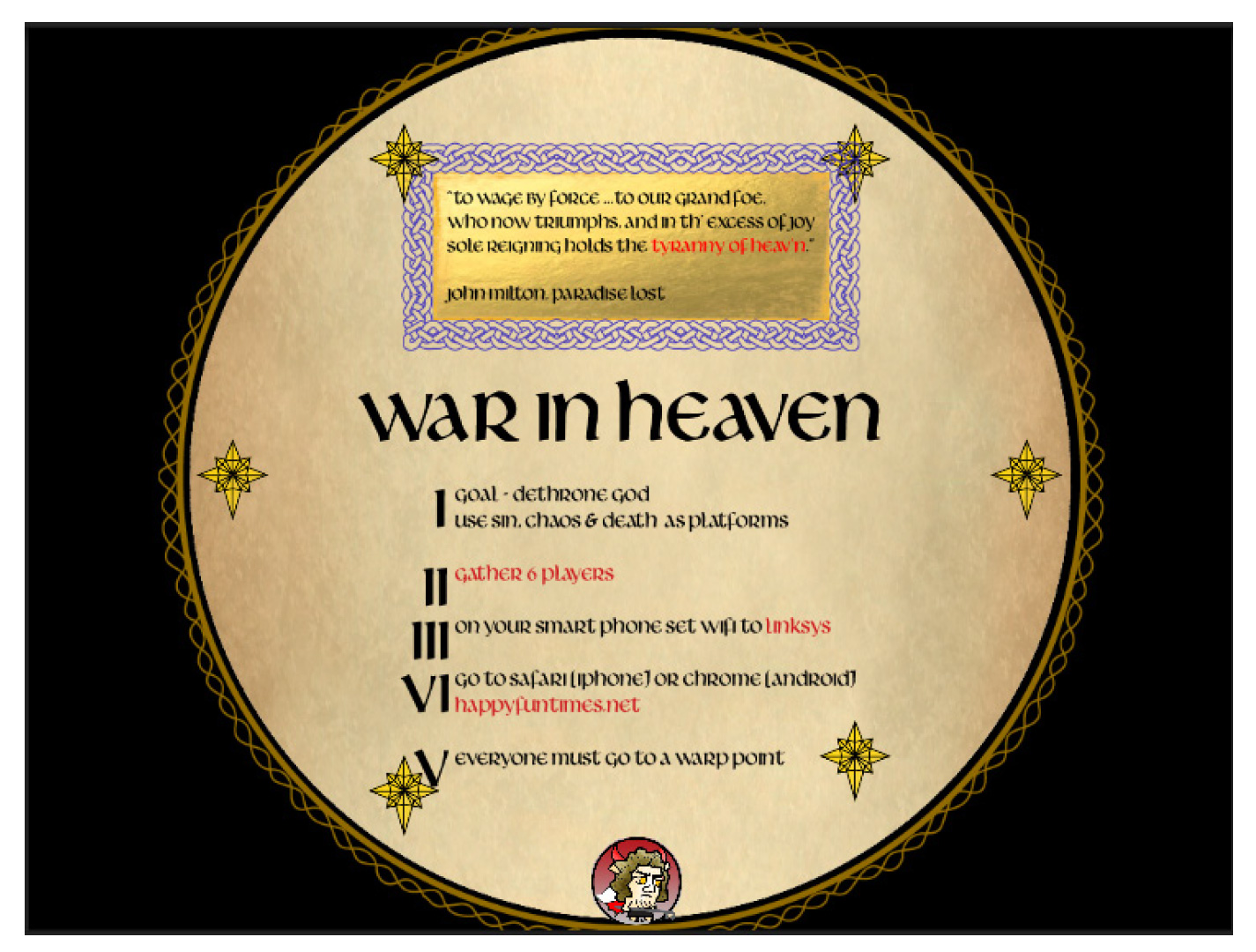 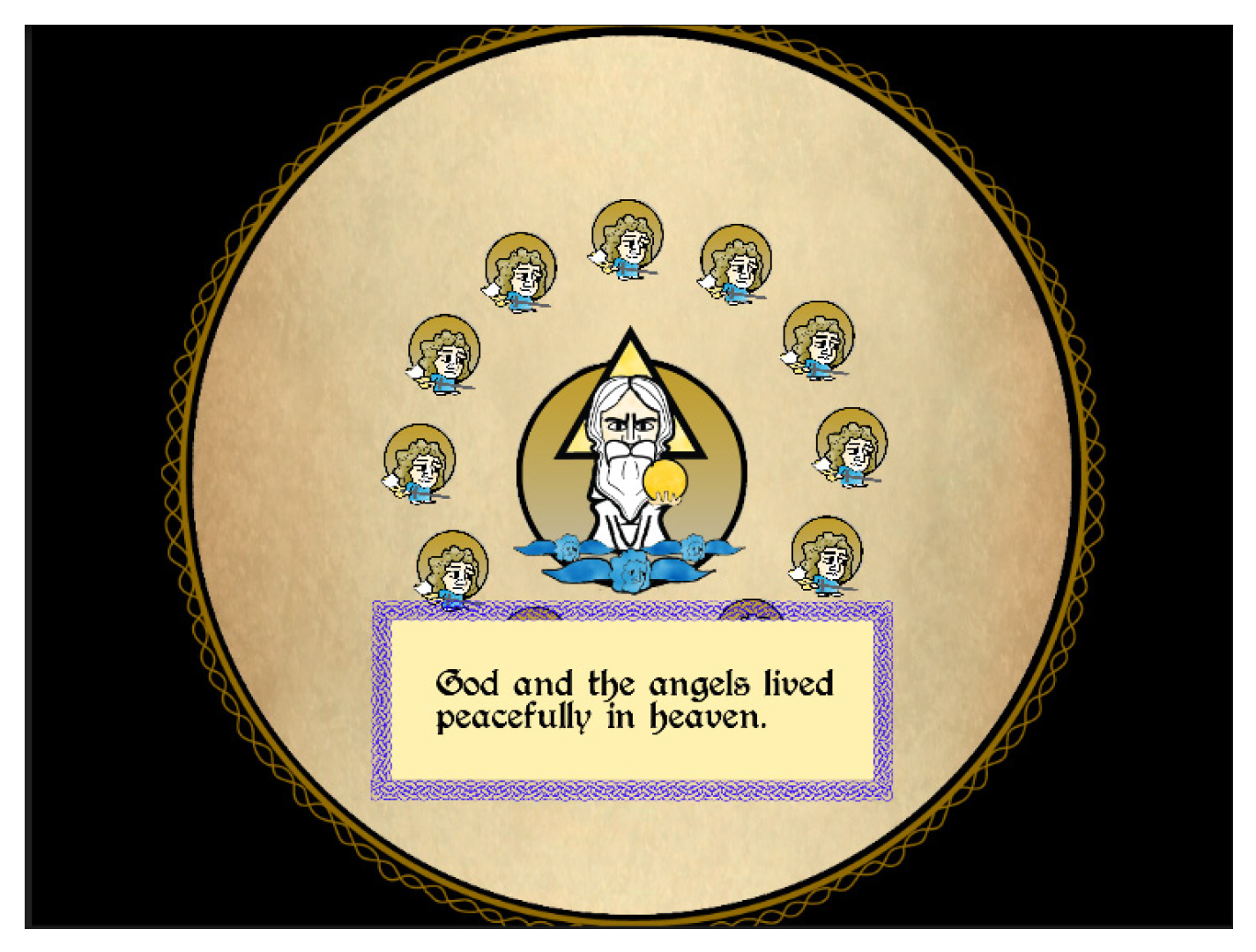 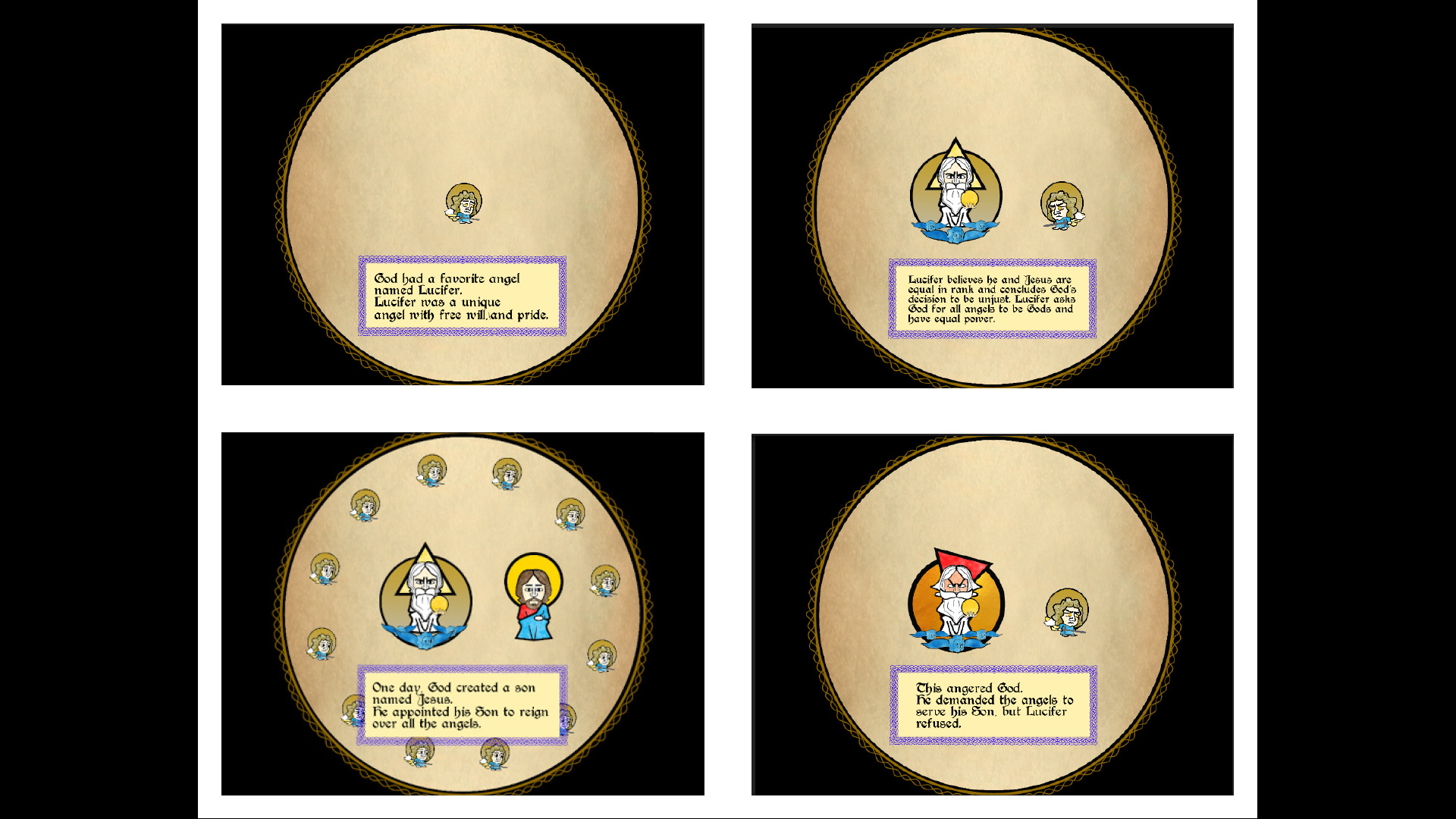 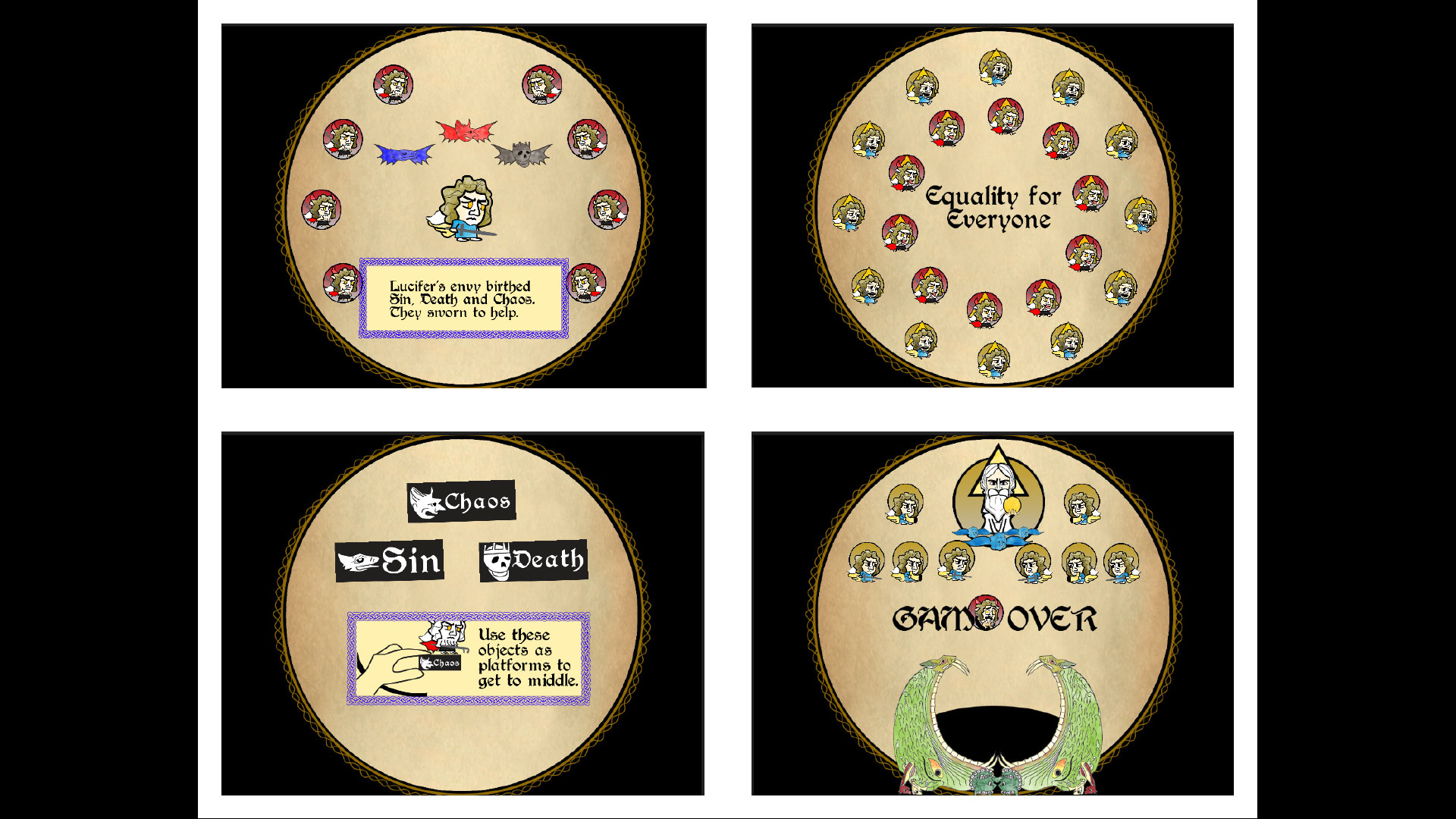 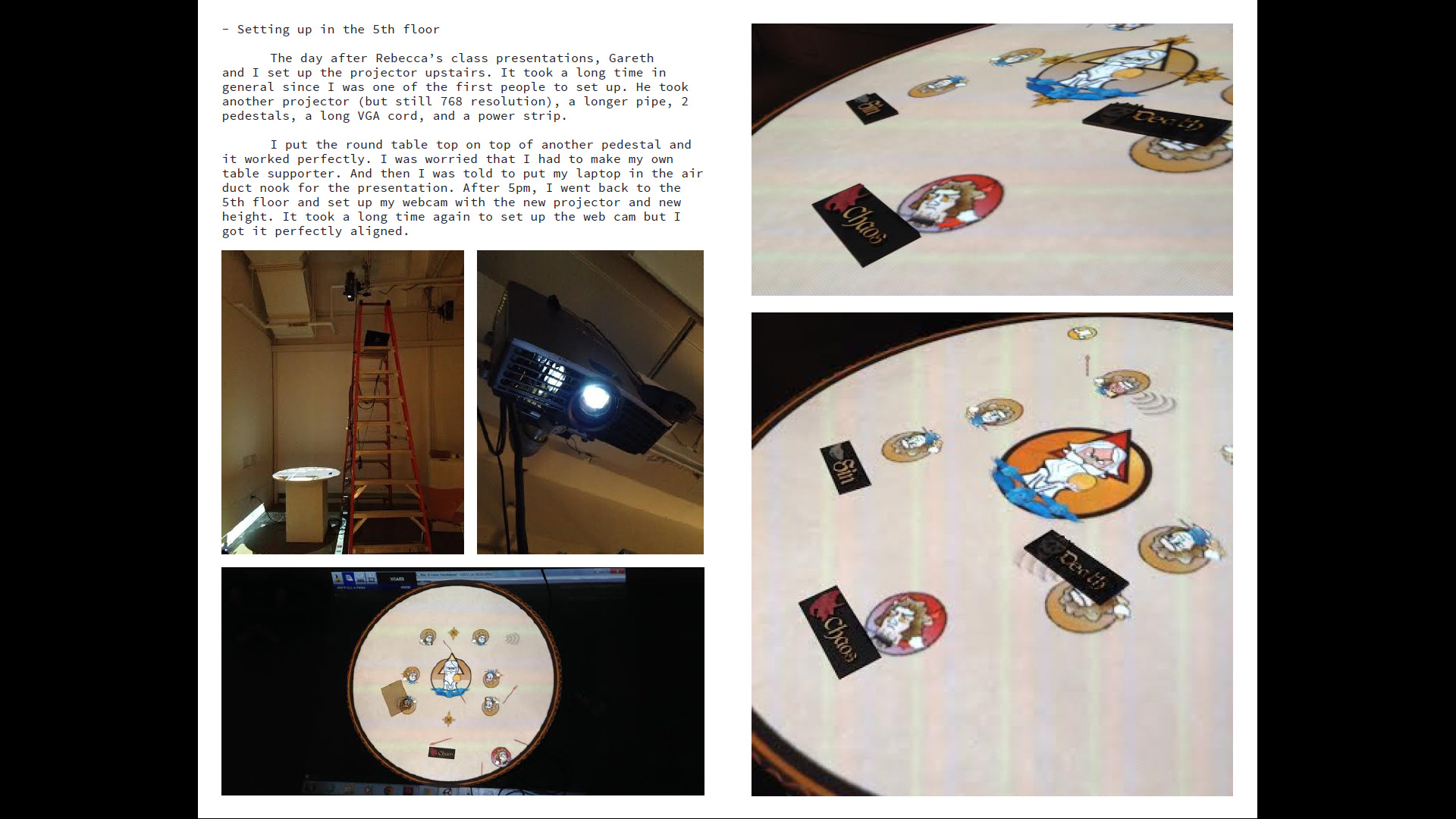 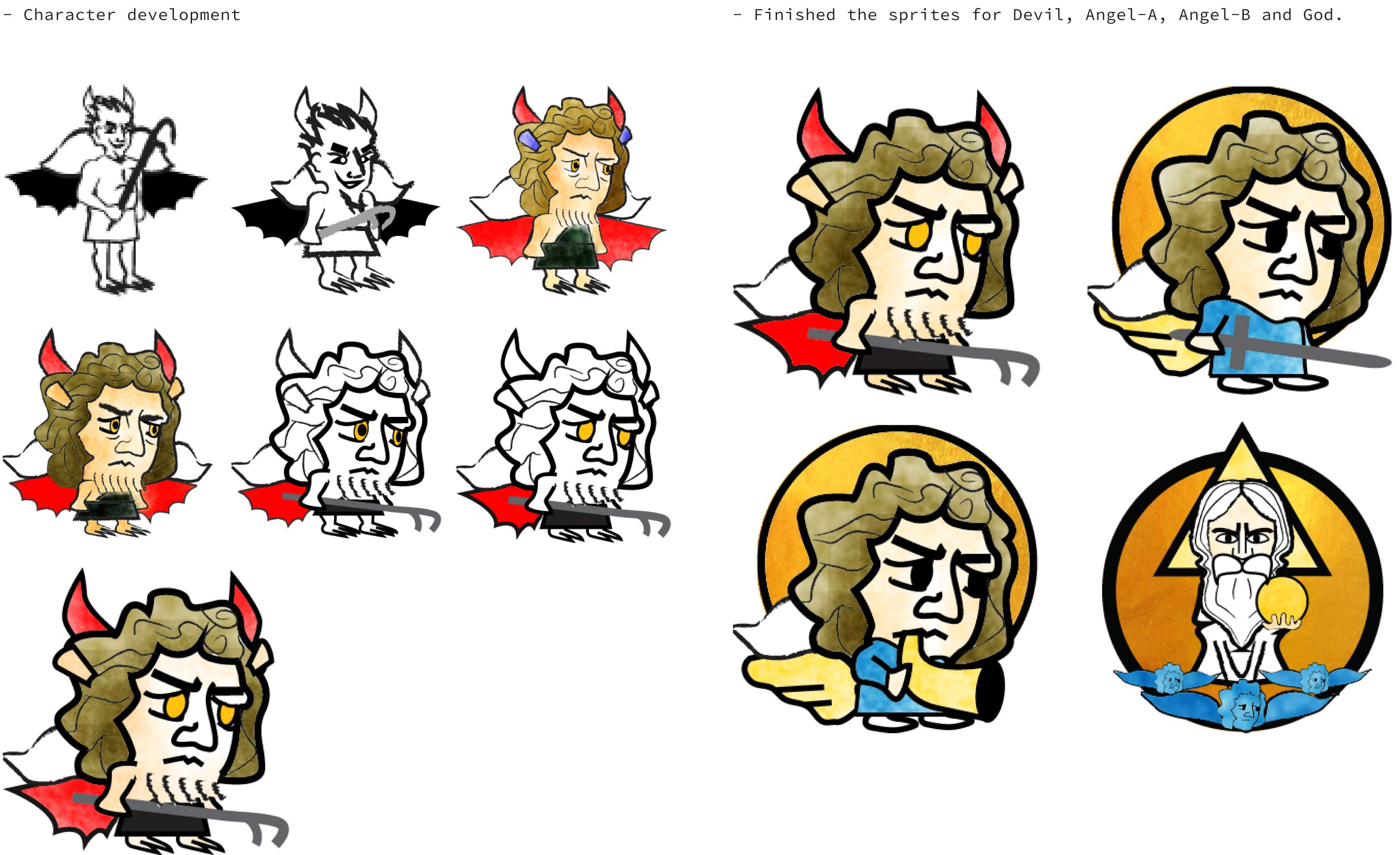 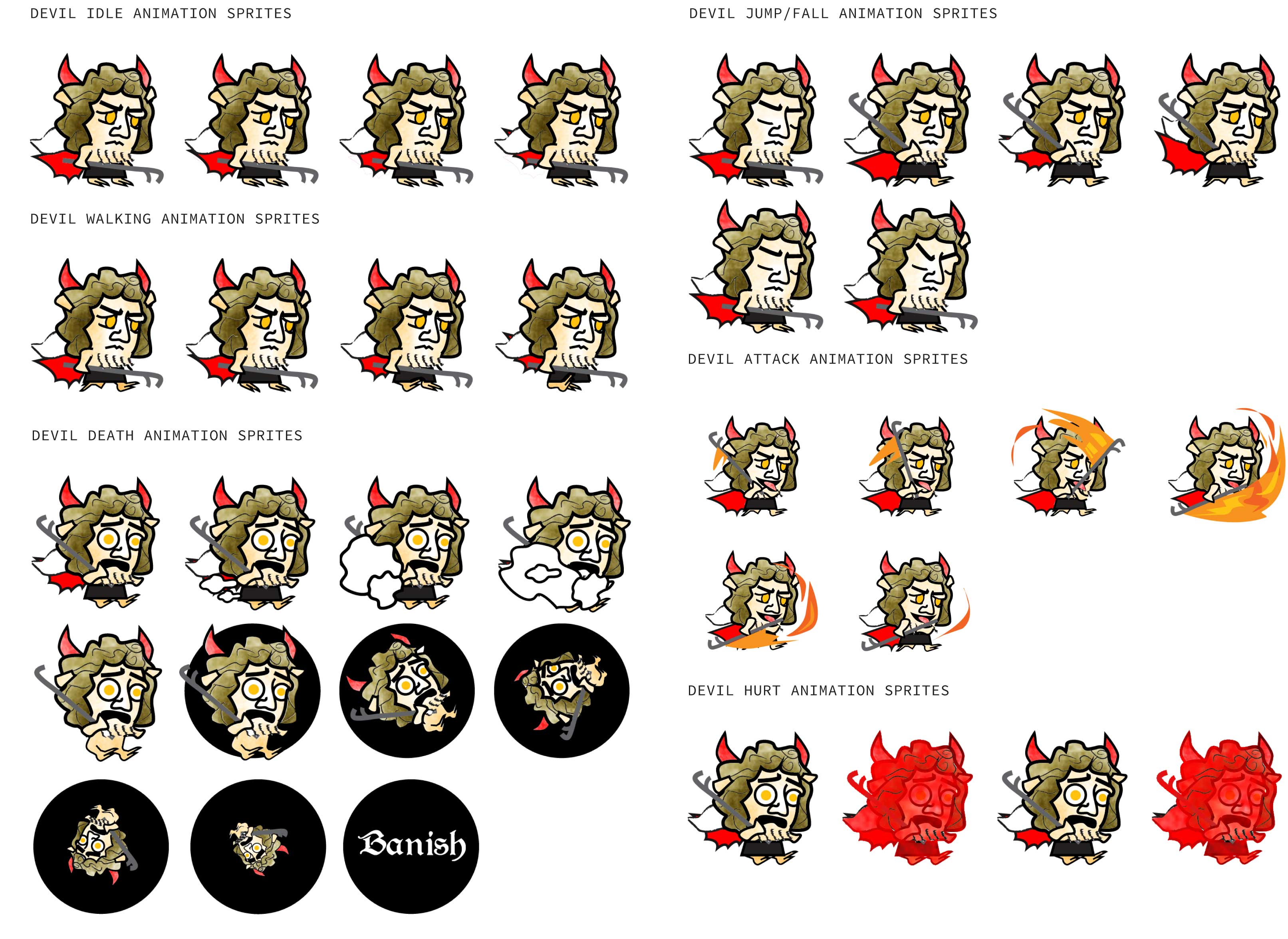